Browse our mobile site for the best experience on your device.
Petros & Money

Relatable and hilarious, Petros Papadakis and Matt "Money" Smith are the future of sports talk radio. Bringing their unique style to the national airwaves, Petros & Money features the latest in sports, pop-culture, and everything men want to talk about. The eclectic sound of this 30-something duo is re-writing the rules of sports talk radio, as they deliver a whole new level of entertainment to Men 18-49.
Tuesday, March 05, 2013 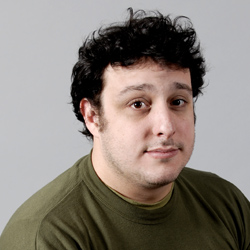 The former USC football star got his start in broadcasting fresh off the field by doing television analysis for Fox Sports Net and radio work on the Trojan flagship station. Papadakis broadened his TV duties over the next couple of years by adding sideline reporting and magazine show hosting roles.

The “Petros Papadakis Show” started in January 2004. Every afternoon, Petros touched on all aspects of sports, entertainment and life in general. His passion, rapid fire delivery and ability to zoom past politically correct boundaries have made him a controversial figure and a lightning rod for attention. He was named L.A.'s number one "Sports Radio Host" in 2006 by the Los Angeles Daily News.

Papadakis debuted as FSN’s lead college football analyst in September 2004, as he teamed up in the booth with Barry Tompkins. He has become one of America’s leading authorities on college football and has appeared on other FSN programs such as Best Damn Sports Show, the BCS Ratings Show and Totally Football.

Papadakis has guest-starred on several television programs, including the CBS hit series CSI:New York, ESPN's Outside the Lines and Cold Pizza, and VH-1's I Love the 90’s. He also hosted Spike-TV’s “Pros vs. Joes” and he has also been on E!, the Game Show Network and the KTLA Morning News.

Petros, his father John, and his brother Taso all played football at USC. He played tailback for the Trojans and, in 2000, was the captain of the only last place team in USC history. He scored 16 touchdowns for the Trojans and was voted Most Inspirational Player for the 2000 season. 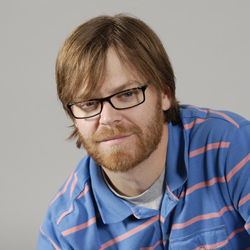 In 1994, after completing his junior year at Pepperdine University, Matt Smith decided it was time to start thinking about his career. As a pre-law Student (Double Major: Political Science and Speech Communications) he did the logical thing: He took a job answering phones on a morning show at a modern rock station.

Waking up at 4 A.M. caused Matt to lose a year of his college social life, but those 18 months proved to be invaluable. He turned KROQ Program Director Kevin Weatherly on to some great new music, including a little band called Sublime. He not only worked with Kevin and Bean, but his love of sports brought him close to then “Sports Guy” Jimmy Kimmel. He was given the nickname “Money” and soon found himself on the air doing an assortment of comedy bits.

After graduation, realizing he needed to support himself (and pay back 38K in student loans), Matt left KROQ for a job at Polygram Records. He quickly moved through the ranks, and after two years, left Polygram as one of the first hires at newly created DreamWorks Records. Before signing a contract for either job, Matt’s insisted that Lakers season tickets be included in his deal.

In 1998, while drinking a Bud Light in Kimmel’s backyard, Jimmy, Kevin Weatherly and Kevin and Bean’s Kevin were discussing what they should do about sports with Jimmy having left to start The Man Show. They decided even though Matt had a full-time Job, he was the only person that had a shot to successfully follow Kimmel.

For the next five years, Smith worked two jobs: KROQ from 6 a.m. until 8:15 a.m., and DreamWorks from 9 a.m. until sometimes as late as 11 p.m. To say he has a good work ethic is an understatement.

With Universal purchasing DreamWorks in early 2004, Matt was courted by Weatherly to work full time at KROQ. He acquiesced, and became a much bigger part of the morning show, and also served as KROQ’s Music Director.

The constants through Matt’s life have always been his family, sense of humor, and of course, sports. His playing career ended in high school, but he woke every morning to sports radio, read the sports pages front to back, and survived for years on Top Ramen and PBR to spend what little extra money he had to go to games.

It’s a long way from Constitutional Law, but Matt will tell you it’s where he always knew he would end up.