Browse our mobile site for the best experience on your device.
JT The Brick

About JT The Brick 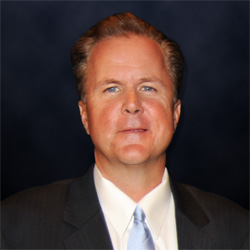 J.T. "The Brick" joined FOX Sports Radio as the afternoon host in June 2001, and began hosting the weekday evening program "FOX GameTime React" in 2002. In 2009, JT took over the 1 - 6 a.m. ET/10 p.m. - 3 a.m. PT weekday timeslot and the program can currently be heard on approximately 260 affiliates across the nation, as well as iHeartRadio, the FOX Sports app and XM Channel 169.

Before joining FOX Sports Radio, J.T. hosted the overnight show on the Sports Fan Radio Network for six years. Not content with doing just one show each day, J.T. then went on to host both his overnight show and a national afternoon show for SportsFan. He also spent six years as host of the Oakland Raiders pre- and post-game shows for KTCT-AM 1050 in San Francisco and the weekly Raider TV show, "Behind the Shield," on FOX Sports Bay Area. JT has appeared as a guest expert on many network television shows, including "The Live Desk" on Fox News Channel, "Weekend Live" with Tony Snow, "Dayside" with Linda Vester on the Fox News Channel, "Hardball" with Chris Matthews on CNBC, "Scarbourgh Country" with Joe Scarbourgh and "The Abrams Report" with Dan Abrams on MSNBC. He is also a regular sports columnist for MSNBC.com. J.T. is married and resides in Las Vegas, Nev.