Browse our mobile site for the best experience on your device.
Jay Mohr Sports

With a career that has spanned over three decades, Jay has always pushed himself to be more than just a comic. After landing his dream job of Saturday Night Live, and launching his career with Tom Cruise in Jerry Maguire, he has become a best-selling author, appeared in more than 200 episodes of network television and starred in more than 25 feature films, working with a plethora of Academy Award-winning actors, including Christopher Walken, Rene Zellweger, Al Pacino, Angelina Jolie, Kevin Spacey, Helen Hunt, Cuba Gooding Jr., Ellen Burstyn, Forest Whitaker, Kim Basinger, Matt Damon, and Clint Eastwood.

Additionally, he has added other genres to his journey and wrote the best-selling book Gasping for Airtime about his time on SNL. Jay's second book was the hilarious, No Wonder My Parents Drank. In the radio world, Jay has been a regular guest host on nationally syndicated sports radio programs, as well as a regular contributor on the highest rated radio shows in the country, with multiple stints on Kevin and Bean and Opie and Anthony, just to name a few. 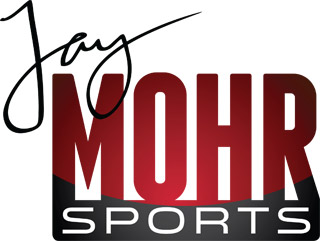